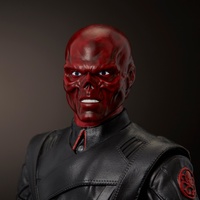 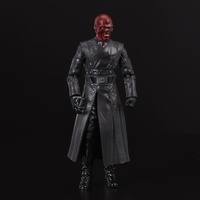 A brilliant scientist obsessed with domination, Johann Schmidt leads the HYDRA-Abteilung division, a secret unit that specializes in artillery and harnessing the power of the Tesseract to create super weapons. Bent on achieving ultimate power, Schmidt injects himself with an early version of the Super Soldier Serum and suffers the side effects, including deformation and a stunning crimson visage.

Imagine Johann Schmidt claiming the title of Red Skull and controlling the power of the Tesseract with this Marvel Legends Series Red Skull figure and Tesseract pack, as seen at San Diego Comic Con 2018. At 3.63 square-inches, the included Tesseract lights up and features alternating light patterns, as well as a seamless battery install for an authentic look and feel. Pack also includes a 6-inch-scale Red Skull figure, featuring Captain America: The First Avenger-inspired design and premium articulation and design. 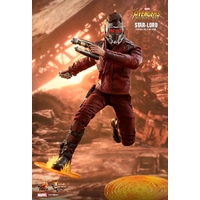