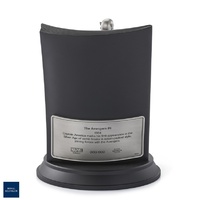 The 1964 cover art for The Avengers #4 by Jack Kirby and Paul Reinman announces Captain America’s return in action-packed style, marking his first appearance in the Silver Age of comic books and establishing the origins of his association with the Avengers.

Steve Rogers leaps from the page, clad in what is widely considered the quintessential Captain America uniform. Spectacularly reinterpreted by illustrator Alan Quah and sculptor Ghim Ong, every detail from winged helmet to scaled quilting is meticulously recreated in pewter.

Alan Quah is a respected illustrator in the international comics and collectibles communities. Ghim’s strong interest in 3D sculpting has led to his working on Marvel, DC and Disney properties.
Size H21.5cm including base x 17cm x 20cm 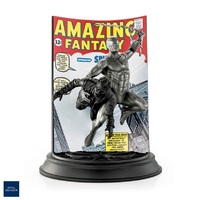 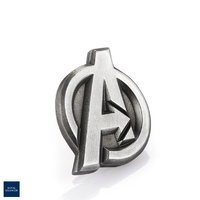