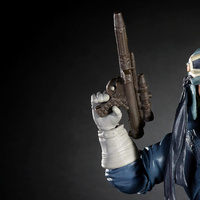 Celebrate the moments of iconic action and relive the timeless adventures and from Star Wars: Rogue One with this premium 6-inch replica figure of Captain Cassian Andor from Star Wars The Black Series.
An accomplished Alliance Intelligence officer with combat field experience, Captain Cassian Andor commands respect from his Rebel troops with his ability to keep a cool head under fire and complete his missions with minimal resources. Outfitted with his signature blaster rifle, and 2 prime accessories, this 6-inch Captain Cassian Andor figure from The Black Series features premium deco across multiple points of articulation and quality realism for iconic role play and ultimate collectable.

Embark on an epic journey alongside Captain Cassian Andor and the Rebel heroes, as you battle against the Imperial officers who are charged with protecting the Galactic Empire’s most fearsome and deadliest construction, the superweapon known as the Death Star.

Build up an epic collection with this 6-inch Captain Cassian Andor figure and other figures and vehicles from Star Wars The Black Series, each sold separately. May the Force be with you! 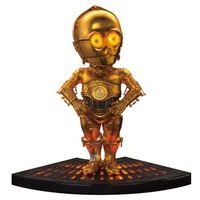