Stormtrooper, elite shock troops that are fanatically loyal to the Empire. Their imposing white armor has survival equipment and temperature controls to allow the soldiers to survive in almost any environment. Stormtroopers wield blaster rifles attack in hordes to overwhelm their enemies. Beast Kingdom is proud to present their 8-inch Egg Attack - EA-012 Star Wars Episode V - Stormtrooper Statue, one of the most classic characters in the Star Wars universe! This collectible statue is constructed with compound material and painted with expert technique, perfectly representing the texture of the Stormtrooper's white armor. Each Stormtrooper statue has built-in classical line sound effects officially licensed by Lucas Film, which 100% matches with the movie setting. The statue comes with a classic Carbon-Freezing Chamber light-up figure stand for collectors to customize their display. All right, men. Load your weapons! Measures approximately 8-inches tall. Stormtrooper requires 2x "LR-44" batteries and the base requires 2x "CR2032" batteries, included. 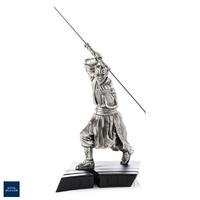 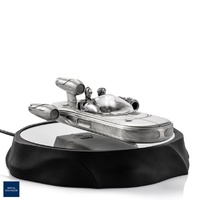 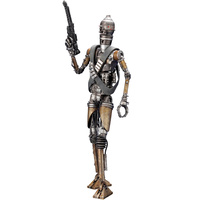