Inspired by the 2nd season of the classic 90s anime series, Sailor Moon R, Sailor Pluto returns to the S.H.Figuarts line with the same poseability and proportions; this time, featuring updated colors and packaging!

Measuring around 6 inches tall, she comes with alternate facial expressions and hands, while the Garnet Orb of the included Garnet Rod is removable so she can be posed performing the Dead Scream attack.
Stands at 15 cm tall.

Product Features:
• 5.9 inches (15cm)
• Made of PVC and ABS
• Based on the original Sailor Moon anime
• Part of the S.H.Figuarts line
• Animation color edition
• Includes removable Garnet Orb from the Garnet Rod 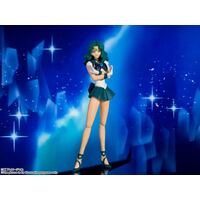 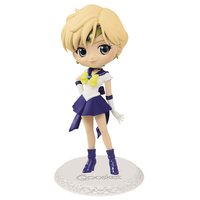 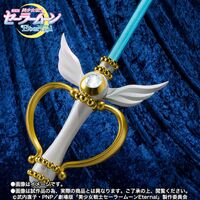